A downloadable Fan game for Windows

Years after his defeat at the hands of Jimmy Neutron and his friends, Professor Calamitous has spent most of his time planning his revenge...

His detectors found an extremely powerful entity in the Ghost Zone, which he plans on stealing in order to get his revenge...

This came with a slight problem however...

Opening up a rift to the Ghost Zone would use up the last of the power Professor Calamitous’ technology ran on and could have other permanent side effects.

However, not thinking in the moment, Calamitous activated the rift and entered the Ghost Zone. But when he stepped inside, something happened...

The Ghost Zone started to “Decay”... With no power left, Calamitous was stranded here... But something else happened..

Another rift opened and a dimensional crisis across the Nicktoons universe started!

How will the Nicktoons heroes and villains get out of this one?

CSF is a 2D Fighting Game. Up to two players can play at a time in free for all matches. Players select their character, a stage, and use Normal Attacks, Grabs, Combos, or Special Moves in order to lower your opponent’s HP. When your HP hits 0, you are KOed. Whoever wins three rounds wins the fight.

Players can fill an SP (Super Power) bar overtime by attacking, which allows players to use Super Moves, more powerful versions of Special Moves. The power of these Supers vary based on what Level of SP you have. Every battle also has a Time Limit which can be changed by the player. You have the ability to set a Time Limit to infinite time.

Players can also play through Arcade Mode, a mode that lets the player fight 6 1v1 battles before battling the Final Boss.

All Nickelodeon related characters, places and music are owned by Nickelodeon and Viacom. No copyright infringement is intended. This is a free fan-game and should not be sold. 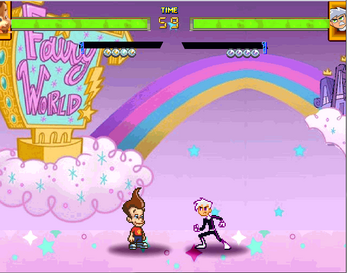 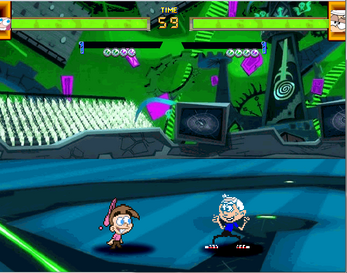 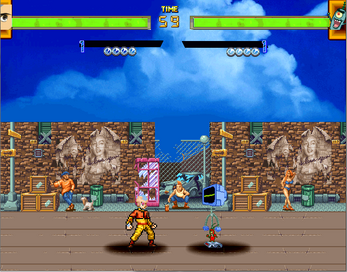 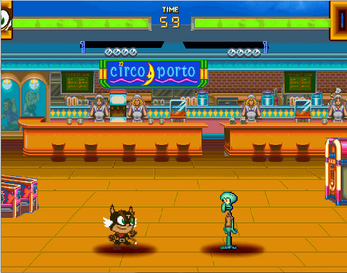